I was in the bakery the other day waiting to buy bread. In front of me was a woman in her sixties dressed in white cropped trousers and a bright floral tunic. She ordered a low gluten loaf and then said to the 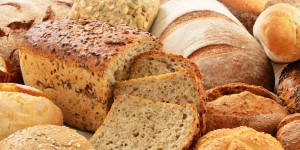 shop assistant, ‘I see Heather’s had her baby.’ It wasn’t a question.

I assumed Heather was one of the shop assistants. The young man serving nodded his head. ‘She was 7lbs 2oz. This morning at 5.o6.’ He spoke with an air of authority that made me think he might be the father or at least a close relative of the new mother.

The woman then said, ‘Has she got a name yet?’

‘Harper. Well, I suppose it could be worse.’

The shop assistant looked rather taken aback by this remark. I thought it was a rather rude comment so I said, ‘That’s a nice name. Named after  a famous author.’

The woman and the shop assistant both looked at me. ‘Harper Lee. The author,’ I said.

The shop assistant smiled at me, asif he was thanking me for providing a reason for the baby’s name.

Then the woman said, ‘More likely Victoria Beckham’s child.’ She picked up her bread and swept out of the shop.