This is a plea to all Facebook and Twitter users, to check the facts before you share or retweet. The recent attempt by the Conservative Party to pass off their Twitter account as fact-checking is a reminder that it is very easy in the current febrile environment to simply pass on things that are not true. I have been guilty of that as well, but I am now being more careful about what I share with others.

Before sharing or retweeting I check the source and ask myself if it is unbiased and from a reputable source. So-called facts by some newspapers are not facts but opinions. We no longer have a ‘newspaper of record.’ The Times which I do read regularly but not daily is owned by an Australian, living in the USA and has very right-wing views. The current editor does seem to be less influenced by the owner than previous ones, no doubt because of the backlash against the News of the World. The Telegraph is owned by the Barclay Brothers who live in an offshore island off Sark. High wealth individuals who have their own agenda. Incidentally, it’s no good sharing articles from either of those newspapers as they have paywalls so I can’t access them. Nor can may others and headlines alone are not of much value. The Guardian is owned by a trust and is quite open about its left-wing bias. You may disagree with them but at least you know where they are coming from.
I don’t even consider the ‘redtops’ as there propensity for misrepresentation is legendary.
I’m really suggesting that when you consider your vote, think for yourself about the issues you think are important rather than the soundbites.
When I studied politics at University, Professor Bernard Crick said we got the government we deserve.
We have a very poor choice as leaders of our two main parties, but there are good MPs who deserve their seats in Parliament, some are members of a political party, some are independent. Perhaps we should try and elect honest people as MPs rather than those who simply follow the party line.
As always it’s your choice.

Should those over 75 be able to vote?

I ask the questions tongue in cheek because I believe in universal suffrage but I ask the question because of a report in today’s Guardian that a university lecturer has been criticised for ensuring that her students are registered to vote both in their university town and their home address.

The operative word is register. She doesn’t suggest they should vote in both places. This is perfectly legal and indeed the same advice is also on the Government website. By registering in both places they are not deprived of their vote by being in the wrong place on the date of the election. To insist they should only register in one is an attempt to disenfranchise the very people who should be encouraged to vote. After-all it’s their future.

If those over seventy-five were denied the vote their would be outrage, yet their view of the future is limited to the next few years. But more older people do vote and this may be one of the reasons that governments of every persuasion have policies that favour older people rather than the young. I don’t pretend that all pensioners are well off or don’t need help but for the first time the youngest generation will have less than their parents or grandparents. Yet there is an outcry when the right to a free TV licence for everyone over seventy-five my be withdrawn. A luxury compared with a roof over your head.

Then there is the question of the climate crisis — children standing outside their schools protesting while we go on holidays abroad, drive our fuel guzzling cars and burn fossil fuels rather than spend our money on finding alternatives. I’m as guilty as anyone of that behaviour. If old people didn’t have the vote perhaps these courageous youngster would win the argument.

Think about them when you cast your vote.

PS I’ve donated my £75 to Crisis at Christmas.

I have decided to do some posts about this forthcoming election

because I think it is a crucial one for the country as to our direction of travel for the next generation. I should declare my own interests — my politics are centre-left. I feel uncomfortable with any political party at the moment, none of which represent my views at all.  I believe we should remain in the EU because the benefits outweigh the disadvantages. No one has given me a satisfactory explanation as to why we should leave. Throwing words like sovereignty, undemocratic or take back control isn’t helpful unless we all agree on what those words mean.

Someone said to me that lawyers think differently and I believe he meant we look for evidence and for the definition of the words people use. So I’m going to look at what we are being told by those asking for our votes for the privilege of representing us in Parliament and suggesting questions you might like to ask yourselves about their election promises. Promises that as we all know too well can be broken the minute they are in power.

So the first question is what kind of society do we want. I’m not going to provide an answer. I have my own thoughts but I am going to suggest that you watch the film, ‘Sorry we missed you.’ It’s the story of a young couple with two children struggling when the husband is made redundant and can only get a job as a courier working on a zero-hours contract. His wife works as a carer again on a zero-hours contract. Their finances were hit by the collapse of Northern Rock – the fault of bankers. They struggle to make ends meet, working all hours and from that their family life breaks down. It may be exaggerated as most stories are, but I’m sure there is a real kernel of truth in the story.

The review in The Guardian gave it five stars and the journalist Peter Bradshaw said this at the end of his piece. ‘When I first saw this film I reflected that the European Union is the modern-day nursery of employment rights. Outside it is where working people will find more cynicism, more cruelty, more exploitation, more economic isolation, and more poverty.’

I began this blog by writing about the cases in which I had played a role either as an articled clerk, then a solicitor and for over twenty-five years as a barrister. Although mostly I worked in the criminal courts -‘defending the indefensible’ I did some cases in the family court and a few cases in the High Court.

I have recently published a number of these anecdotes in a memoir called Trials, Errors, and Misdemeanors. It is available as an e-book and a paperback on Amazon. From tomorrow 7th June to 12th June the e-book is available free.

Reluctant Consent will be available for 99p from 11th to 14th March as an ebook on Kindle.

Check out the five star reviews it has already. 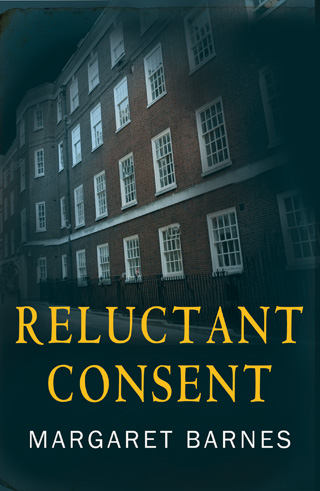 Reluctant Consent has another five star review. See below.

And a Danish Cassie Hardman Fan Club! How cool can that be.

Reluctant Consent is a superb follow up to Crucial Evidence and I can’t wait for the trilogy. The characters are real and you are kept guessing right to the very end. As well as this, the books give a fascinating insight (educational, in my case) to the workings of the British legal system. I have done Margaret Barnes no favours by passing my copy of both books, highly recommended, onto friends, thus denying her royalties (sorry!). I have now bought two further copies to give to friends abroad. Wait for the new Danish branch of the Cassie Hardman Fan Club.

I loved Albert Finney. Saturday Night, Sunday Morning hit the cinemas in 1960. I went to see it in our local flea pit and there on the silver screen was a world I was familiar with. Streets of terraced houses, men and women who worked in mills and looked forward to the weekends as the days when they really lived. Until then films were about elegant people who floated around enchanted gardens worrying about trivia or could agonise over getting to some lighthouse. Albert Finney portrayed a life that was raw and hard.

Tom Jones spoke to a newly liberated me as I moved from pupil to university student. The age of Aquarius — sexual freedom, uninhibited music, the Beatles and the Rolling Stones.

His stage presence left me mesmerised – Hamlet at the newly opened National Theatre, the full text, all three hours of it. Finney commanded the stage, striding around and constantly touching his codpiece, his voice resonating around the modern auditorium. Then his last stage appearance in 1996 in Art, that witty piece about the nature of art.

His life a reminder that it was possible to change from working class child to a sophisticated man. We should celebrate that life.

scribblingadvocate
Create a free website or blog at WordPress.com.