I began this blog by writing about the cases in which I had played a role either as an articled clerk, then a solicitor and for over twenty-five years as a barrister. Although mostly I worked in the criminal courts -‘defending the indefensible’ I did some cases in the family court and a few cases in the High Court. 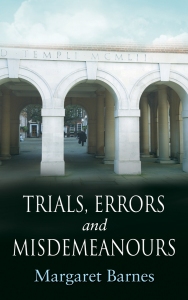 I have recently published a number of these anecdotes in a memoir called Trials, Errors, and Misdemeanors. It is available as an e-book and a paperback on Amazon. From tomorrow 7th June to 12th June the e-book is available free.