The third day and I’m scheduled to go to three talks. First is Shami Chakrabarti On Liberty. She is in conversation with Rachel Holmes. She explains how she took up her job with Liberty on 10 September 2011 wit 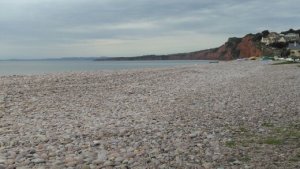 h the intention of promoting a number of issues on Civil Liberties, but after 9/11 all the organisation could do was react to the increasing call for a surveillance society. Those wanting greater powers argue ‘nothing to hide, nothing to fear’ but she  argues we all need some areas of our lives that are private and not subject to state snooping. We have become complacent towards our freedoms after living in a peaceful world for so long, but we will lose them if we are not careful. She made the arguments with wit and some humour, comparing the Palace of Westminister with Hogwarts.

Next was Kate Summerscale talking with Erica Wagner about her new book The Wicked Boy. She began her career in journalism writing obituaries. The facts for the pieces she found by reading newspaper clippings about the deceased. This had given her a love of old newspapers and it was trawling through one of them she found the story of 14 year old Robert Coombes who murdered his mother. He was tried at the Old Bailey and found not guilty by reason of insanity and committed to Broadmoor. The book traces the facts of the case and follows what happened to Robert and his brother after the trial. She said she made nothing up, all the facts are from the transcript of the trial or newspaper reports at the time. Definitely, one to read.

By this time it was 5.30pm but I still found time to go for a swim in the sea before a fish and chip supper sat outside our beach hut. After supper, Mark Haddon was in conversation with Rachel Cooke about his new book, a collection of short stories The Pier Falls. These stories are dark and the excerpt he read from ‘Bunny’ was truly disgusting. So much food! He acknowledged he found the modern short story difficult to read and write and it was only when he realised he could write action based stories that he was able to write the short form. He confessed to being unable to write for quite long periods, and to writing a lot of rubbish. Being a good editor was his key to writing a publishable novel. I was rather relieved to find I wasn’t the only one who didn’t get the bulk of short stories.