Life at the Bar – A Case of Incest Part 2

The trial took place at the Old Bailey in front of a judge who might have come straight out of central casting; I don’t know he if he was an old Etonian but he had certainly been to public school. I thought he was a good judge for this case as I knew him to be fairly independent minded and I thought likely to be lenient. I tried to persuade David to plead guilty to the offence but he continued to deny he had had sexual intercourse with his sister. 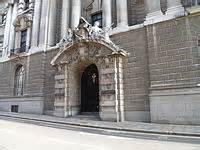 As I had warned him, his sister was a reluctant but compelling witness; she  did not want to condemn her brother and was desperate for him not to be punished. She was adamant that she had not been forced into having intercourse and said she loved him.

David’s case was that although there had been some physical relationship it had fallen short of sexual intercourse and his sister had made that up at the instigation of her mother. She was such an obvious truthful witness that cross examination was difficult. Despite, I thought, some quite skilful cross examination by me, she repeated the assertion that they had sexual intercourse and denied her mother had suggested she say they had when they had not. However her mother did not present in the same way. There was no suggestion of any reluctance to give evidence against her step son – she spoke in anger rather than in sorrow. Her reasons for abandoning the two little boys seemed feeble when she tried to explain in the cold light of the court room, yet there was no hint of remorse about it; her own interests were paramount.

When David’s father gave evidence, he told the court how guilty he felt when his new wife had said she could no longer care for his sons. He had tried to find a solution to their problems and thereby enabling his two children to stay living with them, but  it proved impossible. ‘I have felt guilty about it every day since. I was so glad when they came to find me and to see they had grown up to be such great young men.’ He went on to say that he had not thought through how difficult the reconciliation might be between the two families.

David gave evidence and the jury heard how he had felt first at the loss of his mother, and then how happy he had been when his father remarried because he had a mother again. He explained that his step mother had been kind and loving towards him and his elder brother and he had believed they would live happily as a family forever. He described the last time he had seen his father; he and his brother had gone with him to some offices – at the time he didn’t know what they were. He was left there with his elder brother. At first, he thought his father and mother would come back for him, but soon he realized they would not. He described the feelings, first of disbelief but then he said he felt like he had fallen into a black hole, totally abandoned and unloved. He wondered what he had done wrong to deserve such punishment. Both boys were adopted but not by the same families. They were encouraged to keep in touch with each other so he always knew he had a brother and that he was adopted. He described  his adoptive parents as being loving and supportive. Certainly one or other of them came to court each day.

When it came to describing the reunion with his father and step mother, he said he felt uneasy particularly with his step mother. He acknowledged they had helped him to buy his flat and furnish it. He had been thrilled to find he had a sister and, he said, the two of them had a similar sense of humour, enjoyed the same music and liked similar food. When he moved into his flat, she began to visit him after school and in the evenings. At first, they had just played music but then they had begun to kiss and cuddle each other. He felt flattered by her attention and although he knew he should not encourage her he didn’t stop her from visiting him, but he did not have intercourse with her. He asserted that it was his step mother, who he believed hated him, who had persuaded his sister to make the allegations against him.

The jury had listened carefully to his account. Certainly when I was addressing them concentrating as I did on the step mothers attitude some of the jurors had nodded sympathetically and one or two of the women wiped what appeared to be tears from their eyes, but in light of the sister’s evidence David was convicted.

In my plea in mitigation I stressed how David and his sister had not grown up in the same family and so the usual relationship between brother and sister had not developed. I directed the Judge to the loss of his birth mother and then the abandonment by his father and the step mother he had learnt to trust. In passing sentence the Judge said that David may have been abandoned at seven, but his father and step mother had made it up to him by helping him with the purchase of his flat. Surely I thought only someone who had been sent to a prep school at such a young age could think that money could make up for the trauma the seven year old child had suffered. However he passed a very lenient sentence on David – I think a short period of community service, so perhaps his words reflected what he thought was required by the system and in his heart he remembered what it was to be separated from your parents at such a tender age.