What could be better than books and the beach – they go together like love and marriage. After a swim in the sea, I went to the opening lecture in the Public Hall. Erica Wagner was in conversation with Helen Rappaport a scholar of Russian affairs. Her book Caught in the Revolution – Petrograd 1917′ considers the revolution as it appeared to foreign nationals living in the city. 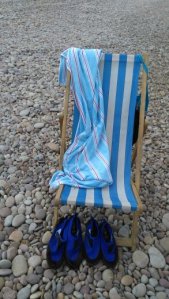 The Winter or 1916/17 was very bad and hunger stalked the city. There were queues for bread and it was this that drove the revolution in February of 1917. It was a grass roots revolution unlike the events of October that brought the communists to power. Nor was it as benign as the official figures would have the world believe. Rappaport believes many hundreds died their bodies stiff with the cold and carried off by their relatives. The weather was a major influence on the conflict, if it was very cold there was less violence.

Amongst the foreigners whose eye witness accounts Rappaport has utilised for her book are diplomats like the British Ambassador George Buchanan, the American Ambassador David Francis and his valet Phil Jordan. Jordan was an African American who had been taught to read and write by Francis’s wife. His letters are ungrammatical and have no punctuation but provide a vivid and immediate account of  the events.

A number of women journalists provided accounts of the revolution and often photographs and film taken by the cameraman accompanying them. Emily Pankhurst arrived as well to support women who were being urged to persuade their men to fight in the Great War. Everyone was obsessed with food and if you were rich you could get hold of it, but if you were poor you starved.

The February Revolution deposed the Czar, but the weak government that followed allowed the communist to have their revolution in October. The Russians need a  strong leader/Czar.

Then it was back to the beach hut for lunch.

In the afternoon I went to the talk given by the President of the Festival Hilary Mantel. Professor Helen Taylor from the University of Exeter was the interviewer. The subject was writing short stories perhaps prompted by the outrage in some of the press about ‘The Assassination of  Margaret Thatcher.’ Mantel read a new short story called ‘In a Right State.’  Mantel said she was unable to write commissioned short stories, she needed all the elements to come together before she could get them to work. This one set in a hospital waiting room had three sources. One was the sort of questions asked by newspapers of celebrities like ‘what was your best kiss?’, a comment in one of Alan Bennett’s diaries about going to A&E for recreation. (As an aside she said she had asked Bennett to come to the Budleigh Festival but she said he is rather frail and doesn’t go out much, anyway he thought Budleigh might be too frisky for him.) was the second and the third was the news stories this winter about floods and the crisis in the A&E.

Talking about writing short stories she said one of the differences between a novel and a short story was that the writer had to use voice to capture characters that hints at the back story. The writer must find the best words in the best order. In a novel technique can take you through the difficulties but not a short story. They cannot be forced.

She confirmed my own experience, it’s hard to write a short story.