I am going to digress from the excitement of London and tell you about the sleepy town of Budleigh Salterton. I say sleepy as everything is closed by seven o’clock. However for a few days each year it is alive with talks on literature, biography and memoirs, politics and power. I didn’t go to all the talks but every day I went to something. 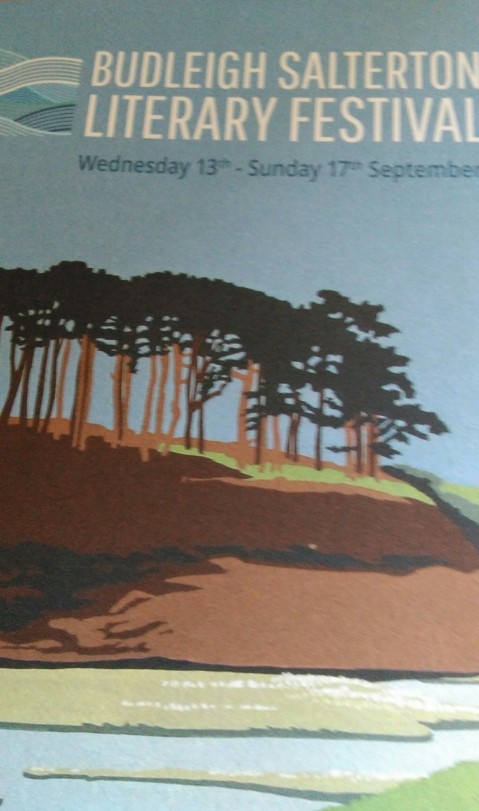 Grammar has never been my strong point and I hoped a talk by David Crystal might give me some tips on how to get it right. But, no we were treated to a thesis on the verb ‘to be’ or perhaps ‘not to be.’ Later that day Hilary Mantel ( the festival’s president ) talked about writing history as fiction and the journey she has been on as her novels were transposed to the theatre and television.

The next day I went to a workshop on writing a family memoir. I was hoping to get some help in finding sources for a possible novel about my grandfather. We did get some information about that and I hope I can pursue writing a fictionalised account of my family in due course. Then a look at contemporary fiction Amanda Craig’s The Lie of the Land and Paula Cocozza’s How to be Human. The talk centred around the issue of keeping a novel truly contemporary when it can take a few years to write. In the evening we had the privilege of hearing the lawyer Dr Shirin Ebadi, the Nobel Peace Prize winner, talking about her experiences at the hands of her country’s government.

By Friday morning we had moved from writing about the present to writing about the past as Sarah Perry (The Essex Serpent) and Tim Pears (The Horseman) talked about their novels. They talked about how their stories developed. Sara Perry said for her the facts served the story and she kept her research to a minimum as it was second to the impetus of the story. The sense of place was important to both writers. Perry described her book as a love letter to Essex, the county where she was born. Tim Pears was brought up in Devon and he said he relied on his memory of the place.

Lucy Hughes Hallet who is well known as a biographer talked about her novel Peculiar Ground. The novel was very character driven and she liked to have them slightly on the outside of the events as that gave them perspective. Then we were back to memoir and two different authors writing about their family life and in particular their fathers. The books were Keggie Carew’s Dadland and Miranda Doyle’s A Book of Untruths.

On the political front a talk by Bridget Kendall on the Cold War. Not only did she provide her own perspective on the events of that era but also, as a result of making a programme for Radio 4, from those who experienced it first hand. Finally Alan Johnson talking about his life in politics as an MP and a Minister in the Blair/Brown governments.

Next year the Festival takes place from Wednesday 19th to Sunday 23 September.