Life at the Bar – Shoplifting 3

Eventually, the Duff sisters were arrested as a result of cameras recording their activities in the shopping mall in Milton Keynes. The video showed the sisters outside Marks and Spencers transferring items of clothing from one to another. An Inspector purported to identify the sisters and accordingly they were 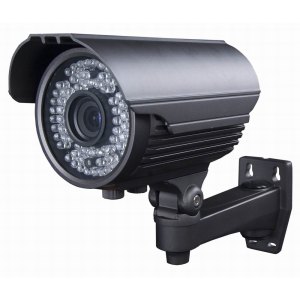 charged with conspiracy to steal as well as a number of charges of theft against different members of the family. The trial was listed in front of Judge Slack at Aylesbury Crown Court. I was instructed to represent the eldest of the sisters, Martha.
Just before the trial was due to start an usher told me the judge wanted to see me in his chambers. He told me that if they all pleaded guilty he was mindful of their family responsibilities and he would not prevent them from looking after their children. I went back to the robing room and told the co-defending of the Judge’s indication on sentence. It took a bit of effort to persuade them to plead guilty to enough of the charges to satisfy the prosecution. Judge Slack did keep his promise and they were all given suspended sentences and a stiff warning about the consequences if they continued their activities.
Later the Judge told me that he wanted them to plead guilty because he knew he would not be able to avoid laughing out loud when I cross examined the officer, as he knew I would, about his ability to identify which sister was which.
The sisters however did not heed his warning.

Born in Lancashire, Law degree from Sheffield University and MA in Creative Writing from Exeter. A barrister for twenty five years, who appeared in the Crown Courts in and around London. When I retired we moved to live in Devon, first on Dartmoor, more recently overlooking the Exe Estuary. After twenty years I still feel an excile from London. Married, no children but own an affable Springer Spaniel. I love reading, walking and travel. I completed an MA in Creative Writing at Exeter University and have written two books, Crucial Evidence and Reluctant Consent both set in London. You can email me contact@scribblingadvocate.com
View all posts by scribblingadvocate »
« Previous post
Next post »