Life at the Bar – Shoplifting 3

Some months later the whole Duff Family were arrested. This time the store detectives together with the police decided to employ different tactics. The sisters and their mother had, once again, gone to Milton Keynes to steal from the Marks and Spencer’s in the shopping centre. Once they arrived on the outskirts of the city they parked their two vehicles, leaving mum to look after the cars and some of the younger children. Once inside the shopping centre they were kept under observation by a team of store detectives, who watched as they stole over twenty or so items from their 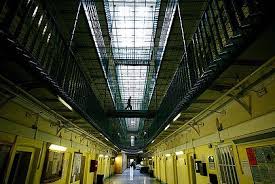 favourite store. This time instead of arresting the sisters as soon as they left the store, they were followed back to their cars, and as they unloaded the stolen items of clothing into the boot of one of them they were all arrested by police officers, including Mrs Duff Senior.

The case was committed for trial at Luton Crown Court on a charge of conspiracy to steal. The indictment also had a number of charges of theft and it was to those they pleaded guilty. They had no alternative, caught red handed with the stolen clothing. They were not so fortunate in the judge either. My recollection is that he called them a scourge on the country, and a gang of modern day poachers. All of them were given custodial sentences including their mother despite her having no convictions for some years. The sentences for the sisters varied depending on their previous convictions, the youngest getting the least, but that suspended sentence given to them by Judge Slack at Aylesbury, was imposed consecutively on all five sisters.

That evening fourteen children were taken into care in the absence of anyone to look after them!